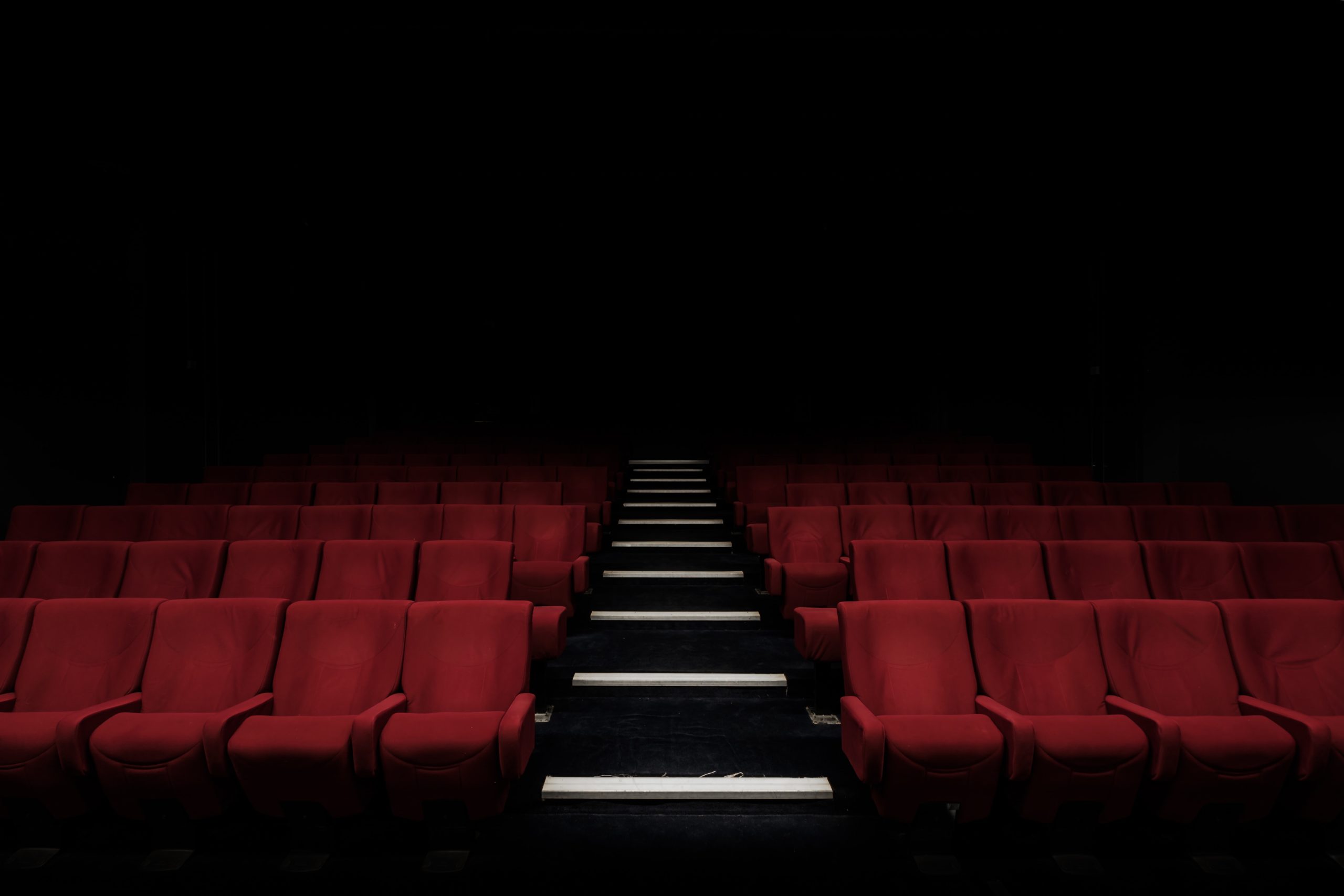 By Scandinavian Films 18. March 2021 No Comments

Film pre-sale prospects, virtual festival deal making and who is zooming who and why were among the revelations during the third and final Scandinavian Films’ webinar rolling out during the 2021 virtual EFM.

The online event entitled Deal or No Deal: Demystifying International Sales, hosted by journalist and festival consultant Wendy Mitchell, brought together a heady mix of top flight sales specialists, producers and distribution gurus to shed light on all things sales in a lively session.

Toolbox Film co-founder and producer Signe Leick Jensen kicked things off by talking through her dance to a pact with Paris-based Charades to represent Danish crime drama Shorta. The feature debut by director-writers Anders Ølholm and Frederik Louis Hviid, the film was selected for Les Arcs Film Festival’s work in progress section under the watchful eye of festival artistic director Frédéric Boyer and began to attract interest there in December 2019.

“We didn’t want to go with a big big sales company, we wanted to have someone who has the time to work with a first feature team,” Leick Jensen said. After Les Arcs sparked interest from many companies, Toolbox selected a shortlist of five sellers and sent out scripts and clips and had follow up meetings. “Some said no because it was genre and didn’t want it, some wanted to go straight to Netflix,” Jensen noted. “We wanted to get the director known and not just go on Netflix and disappear.”

They compared proposed sales strategies and ended up really liking Charades, enjoying a good connection with co-founder Yohann Comte. (Charades also has an existing relationship with Scanbox, the film’s Scandinavian distributors).”You learn a lot about your own film having all those meetings,” Jensen said. Shorta went on to have a successful world premiere at Venice Critics’ Week and sold well, including a US deal to Magnolia.

She pitched Summerlight And Then Comes The Night, Elfar Adalsteins’ second feature, during Les Arcs’ co-production market in 2019 before also having meetings at EFM 2020. It was selected the 2020 Venice gap finance market and while it was “nice to be there in person” Millard didn’t show anything to sales agents having only finished summer shoot with a winter shoot to go.

“We wanted to hold back until we had a rough cut we are comfortable sharing. It might be a small company it might be a big company but really finding a company that connects with the film is important,” said Millard. Based on Jón Kalman Stefánsson’s 2005 novel of the same name, Adalsteins wrote and directs an ensemble cast in enigmatic stories found in an Icelandic village.

“Of course we’d like an MG (minimum guarantee) but we are so far through the film, a deal depends on the company and treating the film the way we think it should be treated,” she said. The project has attracted further sales interest after unveiling early footage at Les Arcs works in progress 2021, and the team is still weighing up sales company offers.

Described by moderator Wendy Mitchell as the “VOD whisperer,” Rights Stuff’s Amsterdam-based founder and CEO Wendy Bernfeld said ironically the pandemic, hellish as it is, has had a positive uplift overall for the VOD and digital sector. “People who had never wanted to deal with the digital sector before or had avoided it, whether it be sales agents, festivals, distributors, producers, all of a sudden it became a necessary evil or a great opportunity whichever way you look at it,” said Bernfeld.

A lot of players, even big ones, had to stop productions so VOD platforms bought more from wider sources dealing directly with indie producers and expanding in foreign language. The pandemic also led to innovation.

Digital platform deals depend on what the filmmaker wants. “If they’re out for a big buck and if they even get through they can do a sale to a Netflix but they’ll get very limited rights and very little opportunity to exploit and very little exposure,” Bernfeld warned. “After a week your title drops among thousands in a big queue. But if that’s your goal, it’s not a bad one for money and marketing yourself as having a Netflix film.”

On the other hand, if there’s a desire to position a film there’s no better way than with either traditional middle men, sales agents who are experts in the field of multiple windows beyond just a big gun, but also the digital aggregators and the consultant or agents types. Bernfeld added, “Technically while 85% of the VOD platforms will receive something from a producer direct and don’t require a middle man it often better to come to them through a trusted sales agent or digital aggregator.”

Of course it is not all just about the global giants when it comes to digital streaming platforms. ”I would say beyond Netflix and Amazon types who are limited in their focus on feature films particularly from unknown players, if you went beyond them first stop is to the competitors in your own country,” Bernfeld said.

Every local telecom or cable company has their own SVOD and are “they are often funding or buying originals at proper prices.” The second stop would be to look to platforms that are not trying to compete with a Netflix but is niche market deep. “Think Shudder for horror or an arthouse purveyor like FilmIn in Spain. Those will pay proper money and often are non-exclusive allowing you to explore multi-opportunities at the same time,” Bernfeld said.

Rikke Ennis, the founder and CEO of Copenhagen-based REinvent, which sells both series and films, said there is optimism at the European Film Market. “We are closing deals close to the deals we would have done last year and even the year before that.”

Ennis noted selling a debut with a no name cast is much harder at the moment without the festival life of old. “In order to try and create the same hype and attention that we used to get at an online festival requires a lot of love and action on our (sales) side,” Ennis said.

It is extremely important for the producers and sales executives to be aligned on the strategy and manage expectations in line with each other from the get go. It’s all about trust, said New Europe Film Sales founder and CEO Jan Naszewski, based in Poland. He is often tuning into co-productions markets, work in progress events and workshop sessions to scout new talents. “At New Europe we will quite often work with first and second time filmmakers because we can bring value of being small and focused on a small number of films,” said Naszewski. “I always say my address book is your address book. It’s always about networks and developing relationships.”

Naszewski noted that while the emergence of specialist digital platforms are a welcome addition in the fight for eyeballs for film, the money is not big enough to get the movies made.

Naszewski’s Warsaw-based sales company handled world sales rights for Magnus von Horn’s Sweat, which was a Cannes Label 2020 official selection. It portrays three days in the life of a fitness motivator and social media influencer, played by Magdalena Koleśnik and attracted buzz internationally and struck a US deal with VOD platform MUBI.

“It was fun to work with,” said Naszewski of the film’s buzzy industry launch during the Cannes online Marche. “What we did worked, but there was no guarantee. I was on the phone for the producer for days debating whether or not we should go with the Cannes Label invitation. I think a lot of people accepting the Cannes Label invitation didn’t know what to do with it. We just went for it. Teasers, trailers, fake training sessions with the main character.”

Ennis said there are pre-buying deals at EFM based on teaser material or promo material. with buyers needing to see something visual. “It is extremely rare pre-buying from just a script, it would have to be a very big director name. For the US there is tendency to wait to see a completed film or the first few episodes of a tv series. But for competitive markets like Germany, Spain and even France, we are seeing pre-buys.”

Naszewski noted that some of the large platforms are trying to cut out the sales companies and middle men and women and have direct relationships with producers and even talent (signing them up for exclusive content deals). “It is impossible for a producer to know everything and be everywhere. The stuff we know (as sales agents) is valuable and can bring you so much data and ideas.”

Bernfeld said there are a few factors when it comes to deciding what sales and distribution strategy to aim for. She knows several first-time filmmakers who deliberately sold to Netflix at a big price to be able to leverage that Netflix status to finance their future films with other companies. “The other model is just to make sure you’ve explored the people that are not Netflix and determined what is the best strategy for your film,” she added. “I think it’s a really specific choice like dating: Do you want to marry a wealthy person and be locked away somewhere, do you want a passionate romance? It’s a completely different match.”

Practical tips from the panel included reminding everyone to deliver top quality original film stills for the marketing. “You have one time to make a good first impression so that film still is crucial. The visual is key to sales. Let the sales agent do what they do best,” Ennis said.

Bernfeld suggested doing the buyers’ legwork for them. “In the VOD sector, often they are not familiar with your work as a filmmaker. The key is to match make, tailor the cover letter and have an English subtitled trailer to send.”

Jensen thought it is a good idea to plan for the eventuality of a film not being selected for the top-choice desired festival. “That’s when the hard work starts,” she said.

Millard thought producers should research sales company, look at their catalogues, check to see if they do similar types of films.

For Naszewski being honest from the outset is paramount. “I’d rather work with someone I like than not.”

The webinar came during a busy online EFM that included many deals on upcoming titles from the Nordic region (Denmark, Norway, Sweden, Finland and Iceland). 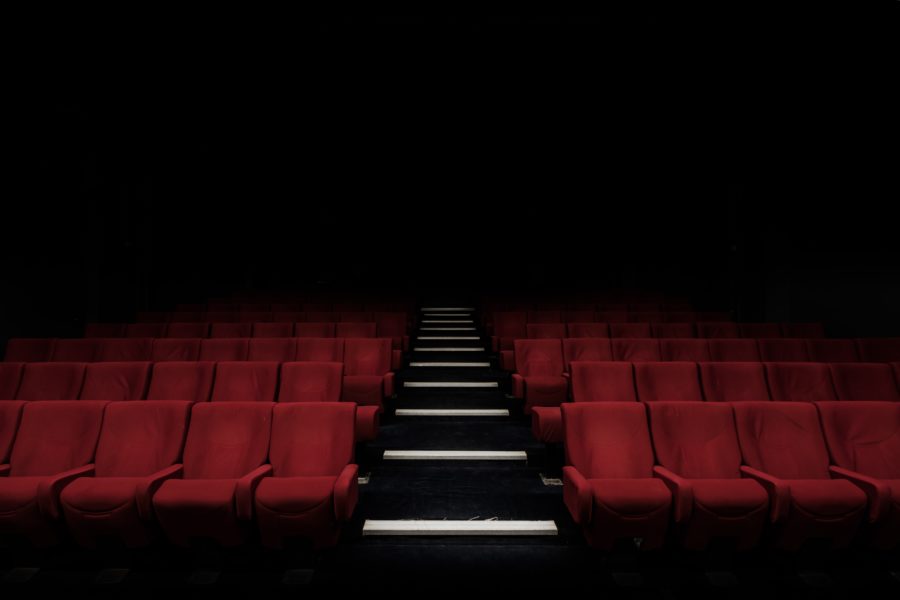